In 1929, Gerrit Jan Markerink started installing T-Ford engines in bumboats in Tolkamer. Bumboats were the small boats that supplied the larger ships at the time. Markerink was already in charge of the regular maintenance of cars and lorries and had thus built up a good reputation in the region. The practice of installing car engines in the small vessels laid the foundations for the company as it stands today.
After the Second World War, Gerrit Jan’s son, Dick Markerink, took over the company and expanded it further. Steamships were gradually being replaced by ships with diesel engines at this point. Dick Markerink could see that this would be a growth market and focused on the purchase of suitable diesel engines, among other things. To do this, he even travelled to France, where he bought diesel engines and, if necessary, had local farmers store them for him temporarily. At the same time, he started collecting all kinds of spare parts.

As a result, Dick created a warehouse that grew over the years, allowing him to always quickly have the right spare parts at hand. As a result, the company increasingly evolved into a professional ship repair and installation company that was able to work very quickly. ‘Never make a promise we can’t keep’ was the slogan at the time. Ships that were stranded with engine trouble were able to continue sailing quickly with as little delay as possible.

Dick’s son, Jan Markerink, took over the company from his father in 1980 and expanded it even further. The number of staff continued to grow steadily over the same period. Under Jan Markerink, the company increasingly specialised in the installation and repair of several well-known brands of diesel engines. In 2005, Jan’s son, Alexander Markerink, took over the company from his father. Alexander was already very familiar with the company. He started working in the company on weekends and holidays when he was 14 years old. During his technical studies, Alexander apprenticed at the Deutz engine factory in Germany. This gave him the opportunity to learn the ins and outs of Deutz engines like no other. Alexander also gained technical experience while working for an uncle in Australia. He started working as a mechanic for his father in the business in 1990. During the years that followed, Alexander got to know the whole company and fulfilled almost all positions, including sales. Alexander is currently the fourth generation of Markerink to stand at the company’s helm. 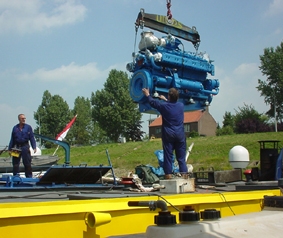 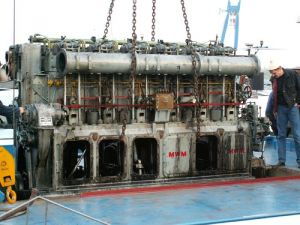 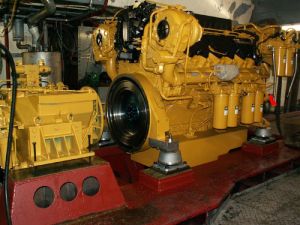 We use cookies for example for Google Analytics and social media buttons.

Yes, fine No, rather not Privacybeleid